PARIS ON THE RUN

How much of Paris can one adventurous first time visitor see on an unexpected layover in Paris? Will she make her connecting flight after all?
Travel with her In this immersive new Hybrid Narrative / Travel Short Film as she furiously runs through the City and takes in the most beautiful sights in Paris; including 3 of the most unique new Cafes in the city. See the beauty of Paris like never before in this fast paced new style of Travel Film. See Paris: On The Run.
Filmed in Paris over 3 days in August. The idea was to show off some of our favorite places in one of my favorite cities through a basic fast paced narrative…a slightly different take on the travel film genre. 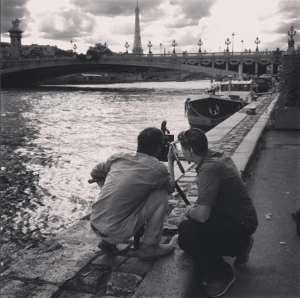 Filming Paris On The Run